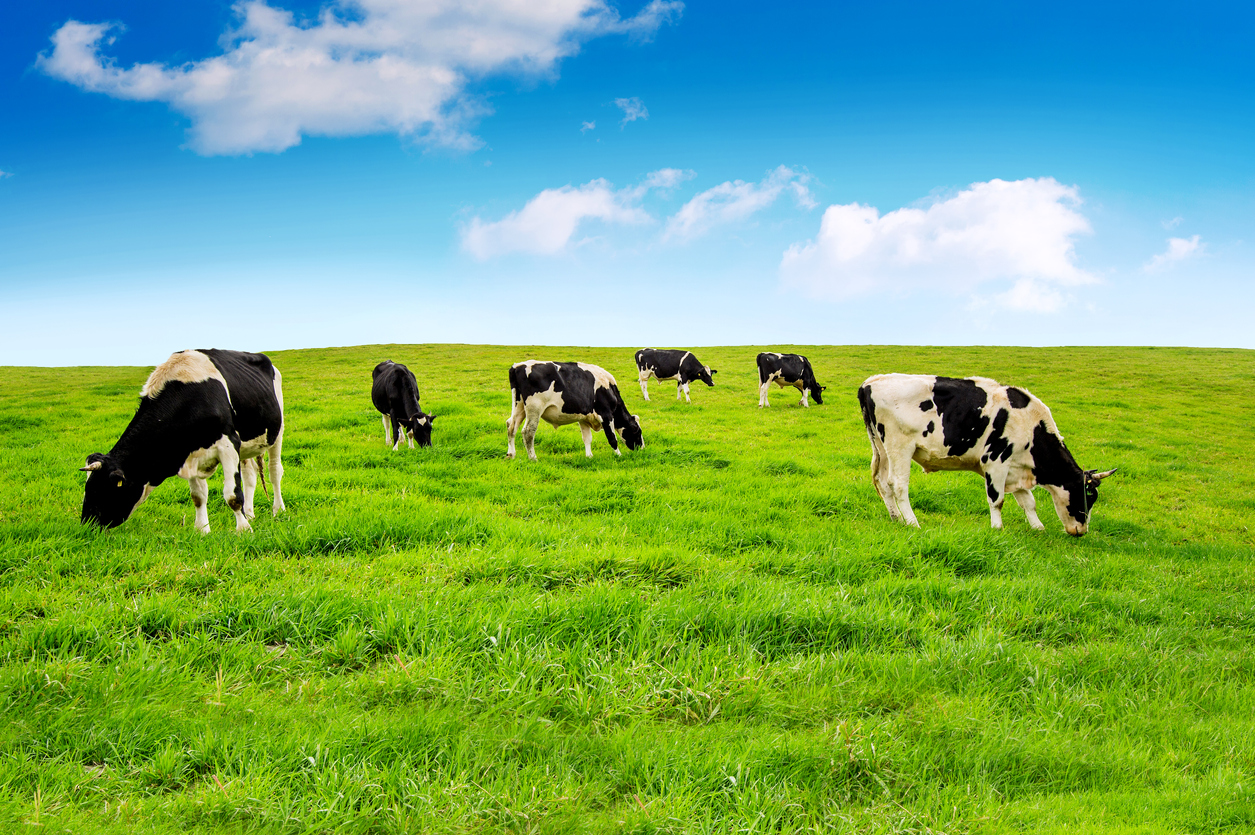 High Nitrate Levels Can Threaten the Health of Cattle

Producers are often unaware that high amounts of nitrate – found mostly in concentrated grass stems – can result in almost immediate death. Nitrate can turn into nitrite in a cow’s rumen. When this occurs, the nitrite in the blood prevents oxygen uptake. This leads to a lack of oxygen and death.

In many such cases, producers used nitrogen or poultry litter in an effort to boost forage growth. The only way to combat this problem is to test low-quality forage for nitrate.

Another issue is that supplements dilute nitrate in cow diets. When starchy grains are offered to cows, rumen formation is sped up but hay ferments slowly. When fermentation goes slowly nitrate isn’t digested well. And when nitrate isn’t digested it turns to nitrite and enters the animal’s bloodstream. Adding grain to hay, on the other hand, speeds up the use of nitrate.

A shortage of hay and grass following a drought means that producers may feed hay to cows that they otherwise would not. But farmers need to be cautious when it comes to feeding hay from sources they do not know well.

Nitrates usually begin to accumulate in the lower stems of grass and work their way up. They can be found in anything from barnyard grass to millet to forage not commonly baled for hay.

One way to detect nitrate poisoning is to examine the blood of cattle. If a cow’s blood appears brown that indicates low oxygen. Livestock that survive nitrate poisoning in most cases fail to thrive. If a cow was pregnant, there is a great chance that the calf will not survive the pregnancy or will be born early.

Experts say producers should be careful when adding nitrogen to fall grass growth. They also warn that while nitrogen and poultry litter can increase hay growth, they also can increate nitrate and toxins in hay.

Farmers would never endanger their cattle on purpose. However, there are times when farmers feel as if they must push the envelope to make sure their livestock have enough to eat.

Feeding cattle poor-quality hay, however, is never a good option. And if that hay contains too much nitrate, it can be a fatal mistake.

If you would like your local farm supply to carry Hay Manager Products let us know.